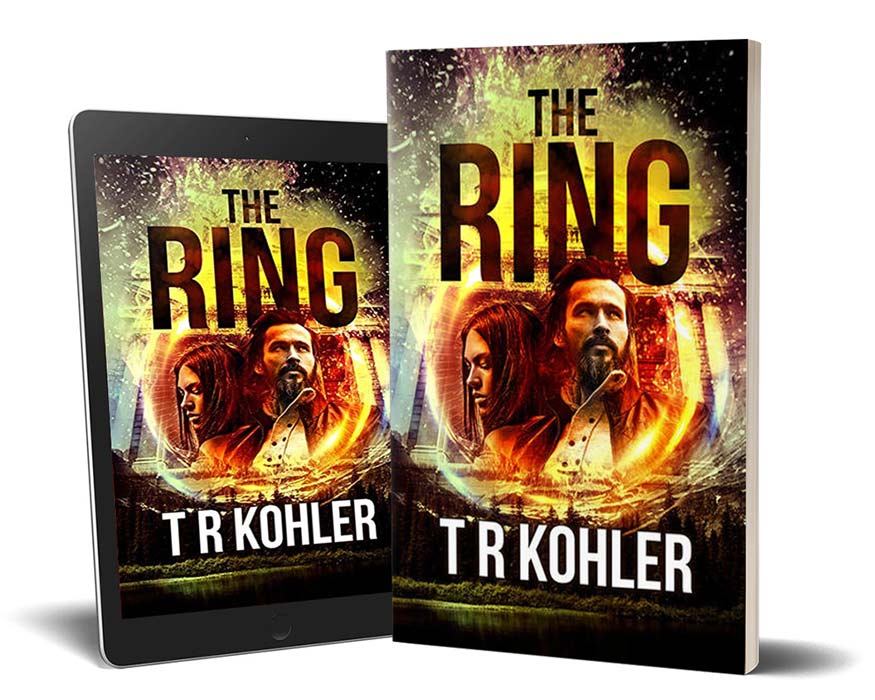 The Ring
A Suspense Thriller

More than twenty years ago, a bomb ravaged the federal courthouse in Missoula, Montana, leaving behind only a pair of fingerprints in the rubble. One belonged to Maryline Harper, a woman that has been incarcerated for the crime ever since. The other? A man named Glen Whisenhunt that hasn’t been seen or heard from since.

Now more than two decades later, a case of domestic violence turns up a connection to the heinous act from so long ago, one that immediately embroils many of the key players in the Missoula legal community. Among them are the original prosecutor of the case, a man facing an impending election in dire need of a win. An FBI agent that feels his time in Montana has reached an end. The local police officer that made the original arrest, her personal and professional life becoming entangling in a way she never thought possible. And most of all, the young attorney that is hired to defend the man now standing accused of the bombing from long before.

Working through and around one another, each of these people must fight to unravel something that has been more than twenty years in the making…

What a masterful twist and turn to a story! I was totally unprepared for the outcome of this book. It kept me interested throughout, eager to see what the next chapter would reveal.

Receieve a FREE copy of the ebook 21 Hours

Receive a welcome gift of a free copy of my novel, 21 Hours, when you join my mailing list. I'll keep you up to date on announcements, including new releases, price drops, free promotions, and the occasional giveaway.

Thanks so much, and happy reading!

I will never spam you, and you are welcome to unsubscribe at any time.